“The only way you can get better is to try. Your first 1,000 tries will feel and look terrible. You will fail over and over and over again. However, with each time you try, you’ll get a tiny bit better.” 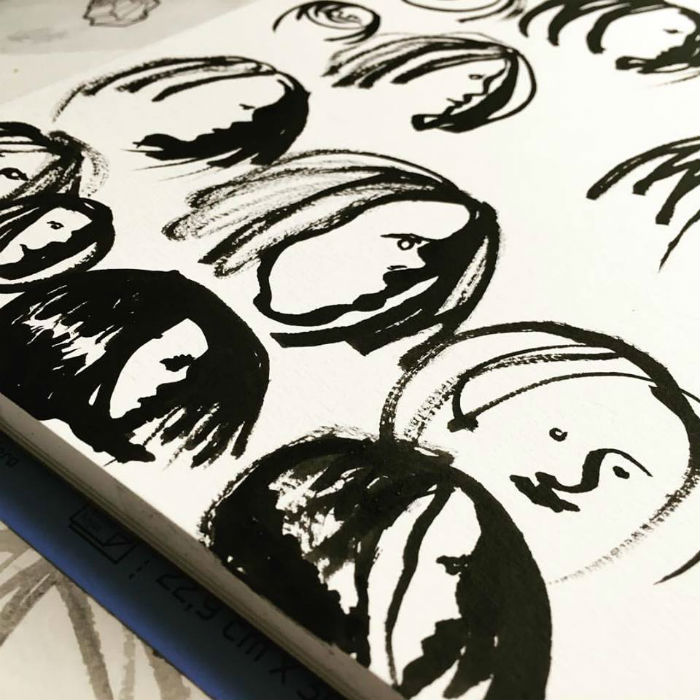 What does creativity mean to you?

Creativity is the drive to make. I once believed that creativity was a mysterious magical inspiration to generate aesthetically astounding art. However, as I’ve learned about the creative processes of my favorite artists, I’ve come to see that the inspiration is such a minor part of creativity. Real creativity involves just buckling down and doing the hard work of slogging through failure after failure, draft after draft, day after day, layer after layer. Each iteration brings more skill and further refinement of the original idea. But it is only in the making that the idea becomes creation. And, ultimately, the motivation to establish a habit of waking up every day and make… something is what turns mere ideation into creativity. 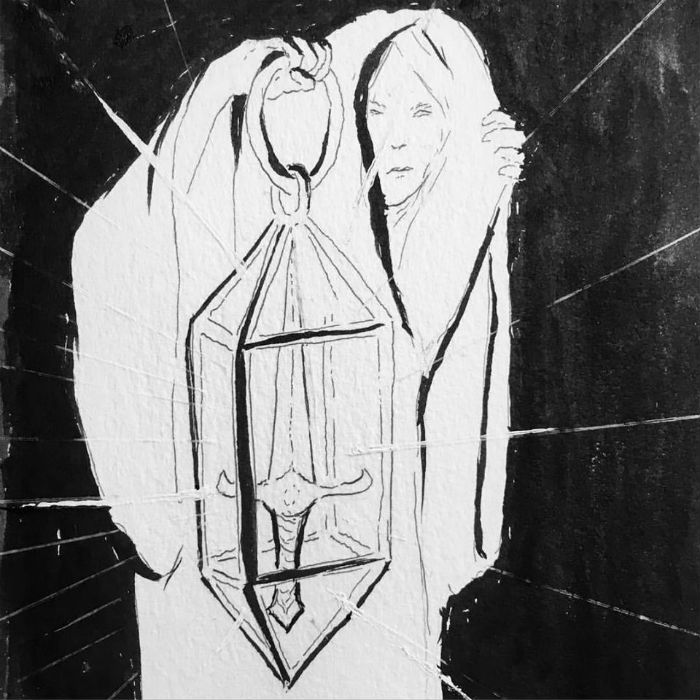 How do you express yourself? What is your medium?

I have 4 channels for my creative energy:

First, there’s drawing. I use pencil, ink, and watercolor. I’m in the process of writing and illustrating a pile of children’s books, and, to improve my skills, I’ve been posting a sketch a day on Instagram, Twitter, and Facebook. I don’t have a ton of followers, but it’s been wonderful to hear encouragement from so many people about my drawings.

Secondly, there’s code. I began dabbling in Basic and HTML during my childhood and college years. I got my first job building web sites in 1997, and I’ve gradually acquired programming skills as I’ve progressed in my career. However, only recently has coding become a major part of my job. With that transition, I finally feel like I’ve reached a journeyman level of mastery with Javascript. It’s incredibly gratifying to spend the day solving puzzles in code and see my designs take shape as functional applications.

Thirdly, I love to write, but I rarely make it enough of a priority. I have aspirations to write a science fiction trilogy. It’s slowly taking shape in outlines, timelines, and plot summaries. But it will require me to make a habit of writing every day to turn that plan into manuscripts. I will get there, but I may be 100 by the time it’s published. 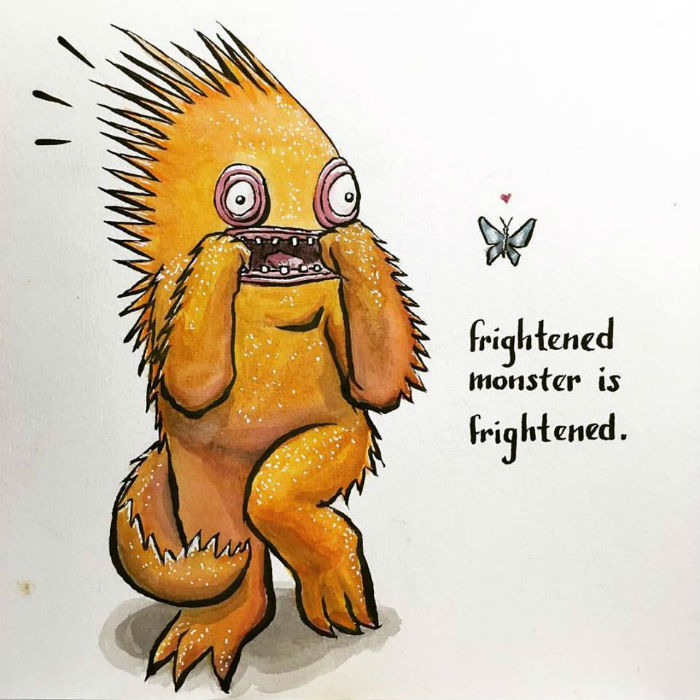 What are your favorite tools of creativity?

For illustration, there’s nothing better than a really nice brushpen. I have a whole set of Kuretake watercolor brushpens. I also love just simple sable brushes, ink, and watercolor or gouache.

For editing code, Sublime Text is the closest thing to a perfect tool. It is just elegant and perfectly designed for use.

For writing, I use IA Writer when I just want to write. I put it into full-screen “focus” mode, which puts me in the frame of mind to document my stream of consciousness. For planning and editing, I use Google Docs. I especially appreciate that it saves everything into the cloud constantly, which keeps me from losing work. When I’m driving, I use the Dragon Dictation iOS app to capture my thoughts, although its text-to-speech capabilities are a bit wanting.

For cooking, I have this insanely sharp Cutco chef’s knife, which was a gift for my 40th birthday last year. I look forward to using it every time I cook. For general tinkering, my cordless drill, woodworking chisels, and my tiny Gerber Paraframe pocket knife are often in my hands. 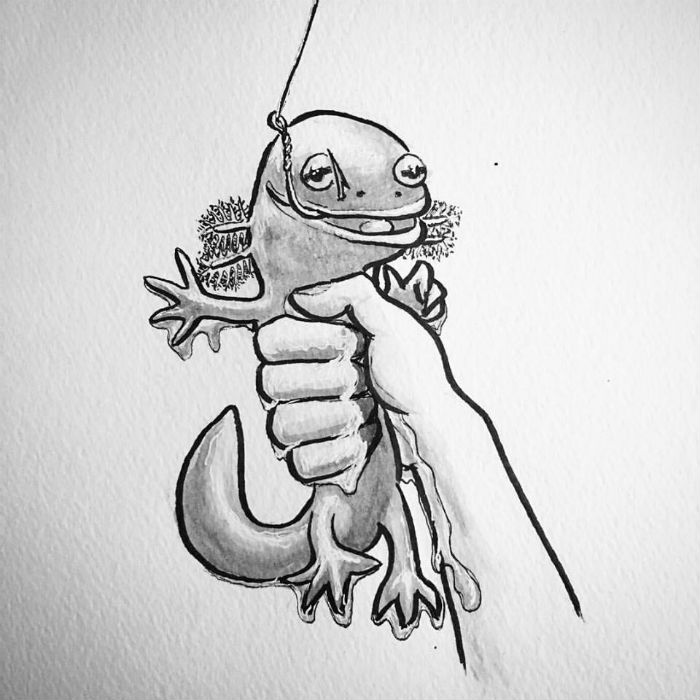 Do you have any rituals or routines that support your creativity?

My morning routine every weekday is dominated by the hassle of getting my daughter, fed, dressed, and off to school. She attends a preschool that’s a 20-minute drive away, so I have 20 minutes of time alone in the car afterward on the way to work. I’ve begun using that time to dictate parts of the sci-fi trilogy to my iPhone.

During times when I’m walking or doing chores, I usually have headphones in, listening to podcasts and audiobooks. I listen to NPR News, APM Marketplace, Freakonomics, business/strategy/technology nonfiction, and a ton of SF, fantasy, and magical realism fiction.

In the evening, after my daughter is in bed, I draw, ink, and/or paint something and post it to Instagram, Twitter, and Facebook. So far, I’ve posted something every day since January 1, 2016. I aim to keep it up until the end of the year, at least.

Who or what is inspiring you lately?

An endless source of illustration inspiration for me are children’s book illustrators like N.C. Wyeth, Robert McCloskey, and Satomi Ichikawa.

Artists on YouTube also inspire me to just make something and put it out there. Check out: Proko, SemiSkimmedMin, Alphonso Dunn, Audra Auclair, and Qinni.

For making things, see the list of YouTubers above. If I had to choose just a couple, it would be Jimmy DiResta and Primitive Technology. 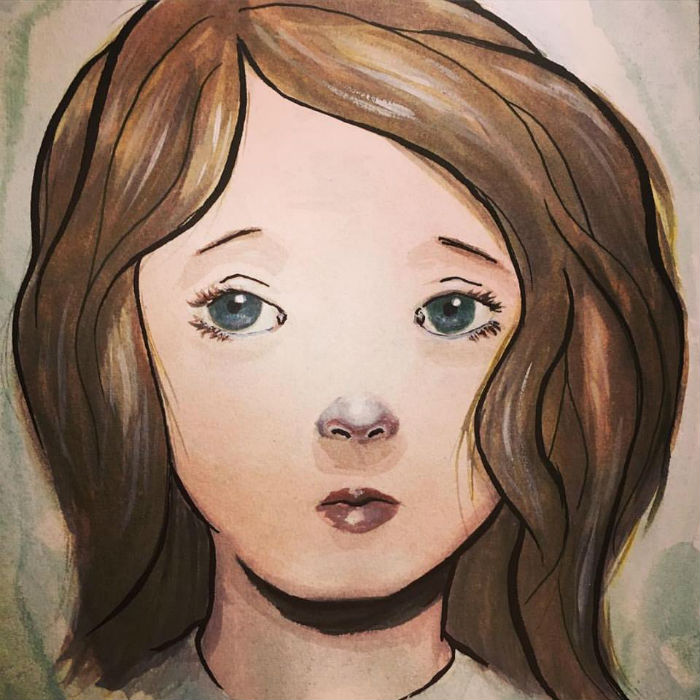 When it comes to creativity, what are you most afraid of?

Hmm. When I really meditate on it, I guess it’s a combination of two things. First is that I just fear confronting my own lack of skill in executing my ideas. Second is the fear of not having any good ideas, where “good” means something someone else would approve of.

How do you get over that fear and continue to create?

The main reason I’m doing this sketch-a-day project is that I’m trying to desensitize myself to that fear of failure and criticism. I’m also creating a routine and a habit of making something every day, so the initial activation energy is lower.

I just sit down and choose the next page in my children’s book that needs an illustration and just start sketching. Sometimes, just grabbing a pencil and making a mark, any mark, on the page is the hardest part of creating.

If I get stuck, I’ll browse Instagram hashtags for #sketchaday, #sketch_daily, #penandink, #watercolor, #gouache, etc. and/or watching videos of other people making things. This often will give me an idea for something to draw. 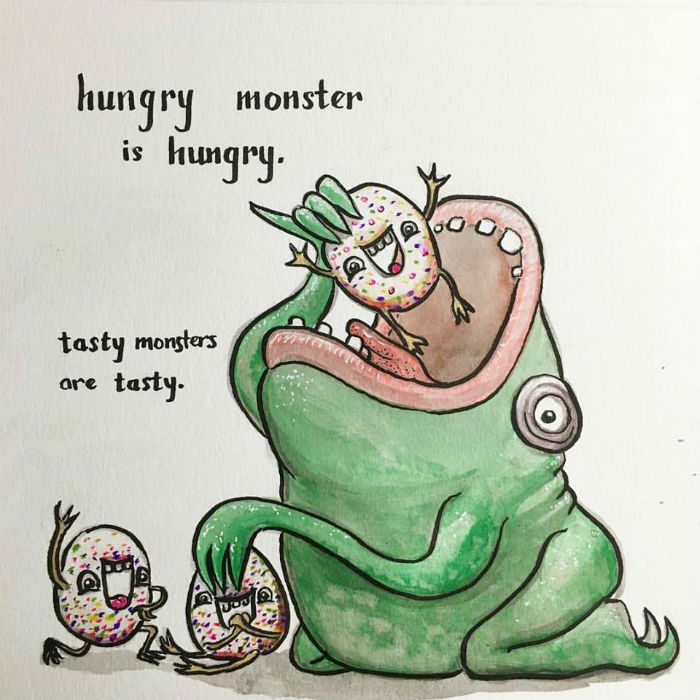 What advice would you give to a creative person who was bogged down by fear?

The only way you can get better is to try. Your first 1,000 tries will feel and look terrible. You will fail over and over and over again. However, with each time you try, you’ll get a tiny bit better. After trying thousands of times, you’ll achieve mastery. And, with mastery, you’ll be able to make what you envision. So start trying now.

In 5 words or less, name your inner creative genius:

No genius. Only trying. 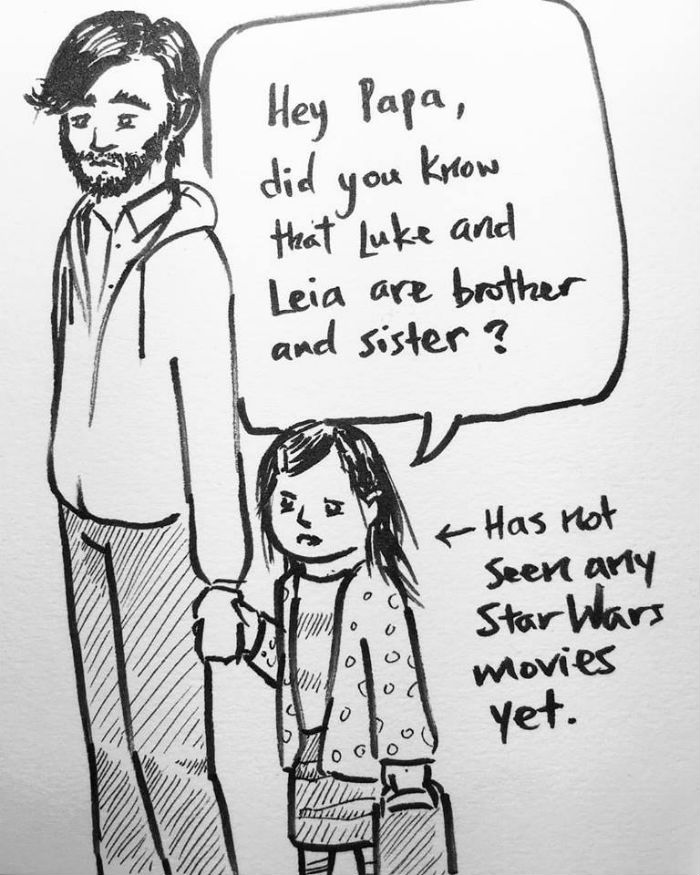 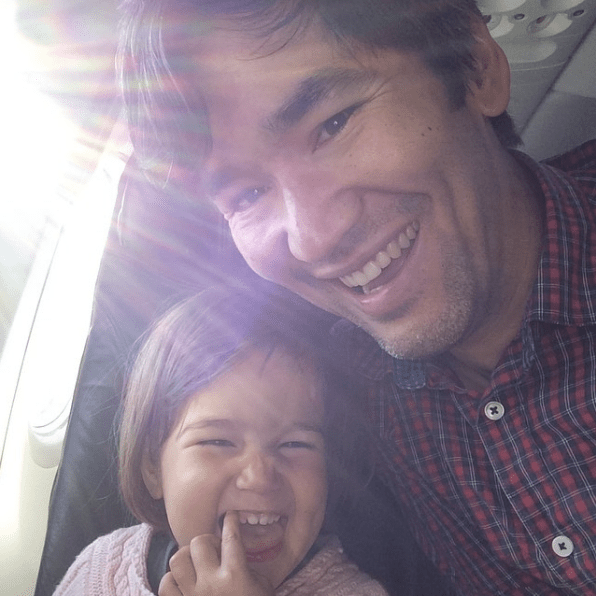 Aaron Louie is a guy who does stuff.

By day he is the product lead for a small startup in Staunton, VA. Previously, he was a UX consultant and creative director for a variety of startups, consulting companies, and digital marketing agencies. In the mid 90s, Aaron created a single-panel comic for his university’s newspaper and became one of the first cartoonists to put their work on the web. While he never lost his love for drawing, career and family took a larger role in his life over the last several years. He’s recently starting diving back into his artistic practice through daily sketching.

Find more Aaron on the web by checking out his self-published Entrepreneur’s Weekly Planner (a calendar for lean startups) and by following him via the links below:

Don't let fear get in the way, sign up!

Being a creative person can be hard sometimes. Between fear, apathy, and wrestling with your own inner critic, making any kind of art can be a daunting process. Sign up to hear real stories about artists and other creative types muddling through just like you. Yes, you.